HEDP (Etidronicacid) is an organic compound with the molecular formula C2H8O7P2 and a molecular weight of 206.03. It is a white powdery solid, soluble in water as a colorless to light yellow liquid. It is soluble in water, methanol, and ethanol. It has a large dissociation constant in water and can form stable complexes with metal ions. It forms stable adducts with compounds containing reactive oxygen species to keep the reactive oxygen species stable—low toxicity.

What are the physical and chemical properties of HEDP?

The appearance and shape remain stable under high pH conditions, are not easily hydrolyzed, and are not affected by enzymes in the body. Low toxicity and easy to be excreted, works well at 200°C, decomposes above 250°C, acid, and alkali resistant. It can form stable complexes with iron, copper, aluminum, zinc, and other metal ions.

HEDP is an organophosphorus acid scale and corrosion inhibitor, which can form stable complexes with iron, copper, zinc, and other metal ions and dissolve oxides on metal surfaces; HEDP can still play a good role in corrosion and scale inhibition at 250℃. It is still stable at a high pH value and is not easy to be hydrolyzed. It is not easy to be decomposed under general light and heat conditions. It has better acid-base resistance and chlorine oxidation resistance than another organophosphorus acid (salt). HEDP can form a six-ring chelate with metal ions in water, especially calcium ions, so HEDP has good scale inhibition and an obvious solution-limiting effect. When used in combination with other water treatment agents, it exhibits desirable synergistic effects.

It is used as a scale inhibitor and corrosion inhibitor for boiler and heat exchanger, complexing agent for cyanide-free plating, soap chelating agent, and cleaning agent for metal and non-metal.

Application：This product is the main material for cyanide-free plating. Prepared a cyanide-free copper plating solution, copper plating layer directly on the steel with good adhesion. Plating layer smooth, good color. The general dosage of 60% content is 100-120ml/L, while the dosage of copper sulfate is 15-20g/L. Besides, before planting, immerse the plating piece into 1%-2% solution of the product so that the plating piece into the active state, and then plating can improve the effect.

This product is a new type of non-chlorine plating complex agent used to circulate the cooling water system as the main agent for water quality stability, corrosion, and scale inhibition. The product is an organic polyphosphoric acid aqueous tablet. The domestic production of such products also includes some other species, such as amino trimethylene phosphonic acid (ATMP): [CH2PO(OH)2]3N and ethylenediaminetetetramethylenephosphonic acid (EDTMP) and so on. Organic polyphosphoric acid is a water treatment agent developed in the late '60s and confirmed around the '70s. The emergence of this treatment agent has greatly improved water tablet treatment technology. Organic polyphosphoric acid has good chemical stability; it is not easy to hydrolyze, can withstand higher temperatures and low dose, and has scale inhibition characteristics. It is a cathodic type corrosion inhibitor and non-chemical equivalent scale inhibitor. When used in combination with other water treatment agents, it exhibits an ideal synergistic effect. It has an excellent chelating function to many metal ions such as calcium, magnesium, copper, zinc, etc. It even has a good deactivation effect on these metals' inorganic salts such as CaSO4, CaCO3, MgSiO3, etc. Thus, it is widely used in water treatment technology. The product is low toxicity, LD50 for rats subcutaneously 486.4mg/kg.

In this paper, the measurement method of HEDP in the boiler water, the high-temperature dissociation characteristics of HEDP, and the scale and corrosion inhibition properties of HEDP are studied under the simulated water quality of industrial boilers. The following conclusions are drawn: HEDP is used as a scale and corrosion inhibitor in the boiler water. The first problem to be solved is the determination of HEDP. However, HG/T3537-1999 standard method for HEDP analysis and detection is cumbersome (the determination time generally takes 2-3 hours). Simultaneously, thorium nitrate complex titration is used to detect HEDP, although the determination steps are simple. However, thorium nitrate is a radioactive substance that will bring a great burden to the environment and harmful to the human body. By studying the determination of HEDP using an improved spectrophotometric method, the determination time is greatly reduced (the determination can be completed in 20-30 minutes). The influence of various ions on the measurement of industrial boiler water was discussed. The optimal measurement conditions (wavelength 470 nm, pH less than 2, reaction time 5 minutes, color development time 15 minutes) were determined. The optimum conditions (wavelength 470 nm, pH less than 2, reaction time 5 minutes, color development time 15 minutes) were determined. When the sodium chloride content in boiler water was less than 500 mg/L, Ca2+ concentration was less than 300 mg/L, phosphate content was less than 20 mg/L, and the amount of SO42- was less than 50 mg/L, it did not interfere with the detection of HEDP. The relative standard deviation of the method was less than 1% in the precision test. The stability of HEDP in boiler water directly affects its scale and corrosion inhibition performance. Therefore, the thermal decomposition characteristics of HEDP in simulated industrial boiler water under aerobic, anaerobic, and different pH conditions were studied. 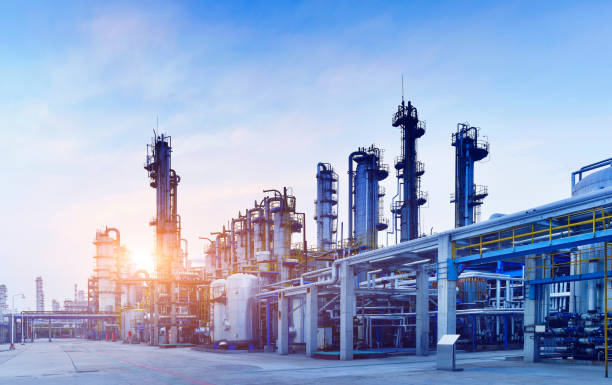 If you want to know more about HEDP parameters or purchase HEDP in bulk, please contact us! https://www.vcycletech.com/contact.html

what is aluminum chloride hydroxide